Our Version of the Fish Bowl Valentine

I have seen the "fish bowl Valentine" pinned many times this year. You can find printable versions at The Cards We Drew and I Heart Naptime but Noah and I decided to make our own version...... 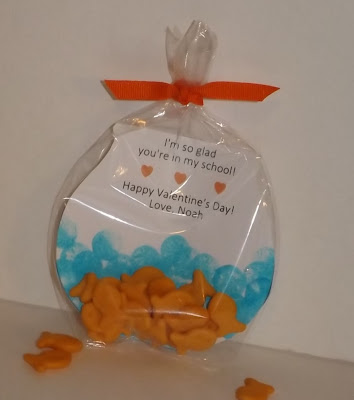 Because goldfish crackers have been a long time favorite of Noah's we opted to use those inside instead of gummy fish. And he insisted on orange hearts instead of red. Very un-traditional and very Noah at the same time.

I left the insides of them blank and let Noah paint them in blue with his beloved dot markers. 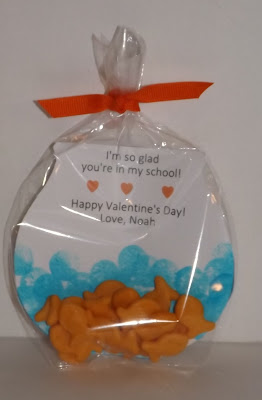 I think when we do the rest, I might use a little less goldfish crackers so you can see his beautiful dots better. Either way, he's proud of them!
Posted by Coley at 8:51 PM