I realized the other day I hadn't posted any Miracle League pictures this season! First, in case you don't know what Miracle League is - let me educate you! Miracle League is baseball for kids with special needs. There is a special field that makes it easy for walkers and wheelchairs to navigate. There's no outs, no strikes - only winners. Each child bats twice during a regular game. It's not so much about the actual game as it is the self esteem and pride that each child gets from being a part of a team and from playing a sport. During the games, each child has an able bodied buddy. Sometimes they are teens from a local youth group or baseball players from a local college, but Noah has a special buddy each and every week. He brings Granddad as his buddy. (Well, except for the week that Granddad was out of town for work and Noah refused to play because he wasn’t there!) I guess Noah’s just gotten spoiled to Granddad being his buddy, “stealing the bases” and just having a good time playing baseball together that Noah refuses to let anyone else attempt to be his buddy. He’s definitely loyal!
Sadly, the season is almost over. Next Thursday is a short game (each team will play one inning) and then there will be the awards ceremony, (each kid gets a trophy) and end of the season party.
So, without further adieu, here are some of my favorite pictures from the season! 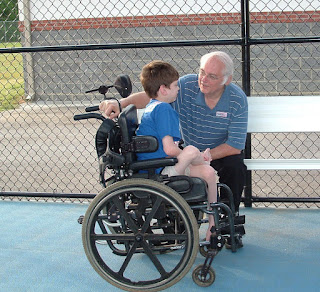 Noah and Granddad having a very serious talk in the dugout. I assume they are discussing strategy or something equally important. 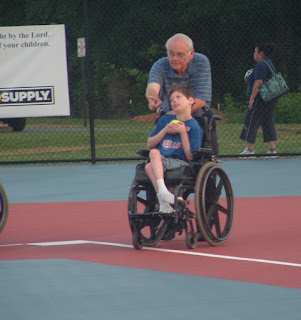 Noah and Granddad fielding the ball. Granddad is pointing showing Noah where to throw it to. 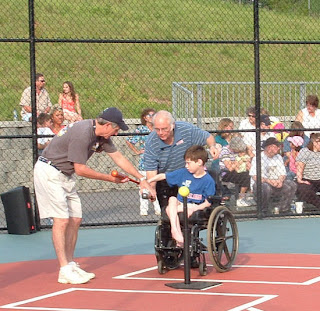 Getting the bat from the "catcher." Noah is very particular about which bat he uses, but doesn't have to use the same bat each time, which surprises me. I guess he uses whatever bat strikes him at the moment. 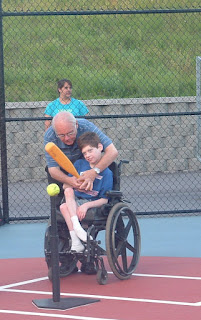 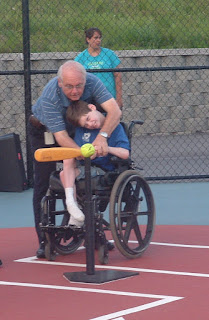 Grandad helping Noah bat. (I LOVE his smile when he is batting!) 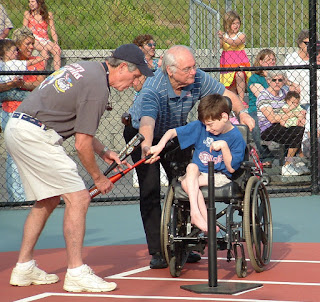 Once Noah hits the ball, he doesn't just throw the bat back like most baseball players do. Nope, he politely hands it back! 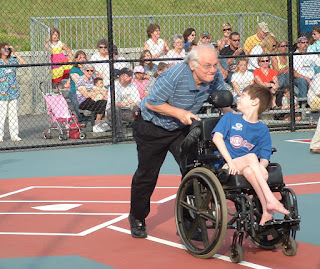 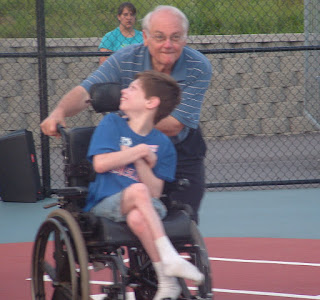 Noah signing that he loves Granddad or maybe baseball or maybe both! 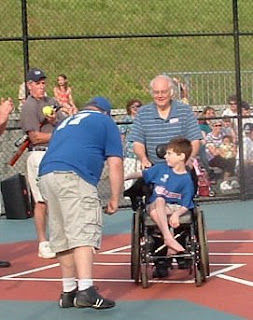 Giving the Coach (aka Daddy in Noah's case) "five" when he crosses home plate. 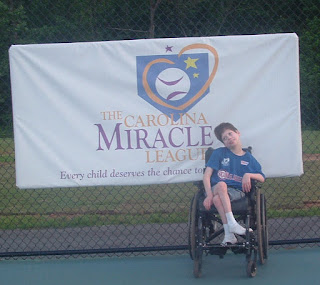 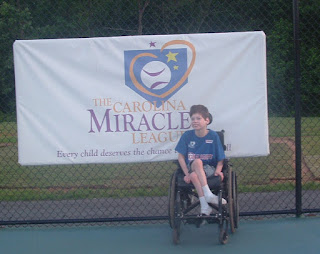 Posing in front of the Miracle League banner